Edit
watch 01:40
The Sandman Will Keep You Awake - The Loop
Do you like this video?
Play Sound

Prior to 1993, PBS' children's programming used the regular PBS branding. The first PBS Kids logo was based on PBS' 1984 logo and animated by Gene Mackles as part of PBS' ongoing transformation of its children's strand into a service known as Ready to Learn, which was launched in eleven test markets at that time. It consisted of three stylized P-Heads with different colors and patterns, depicted as living things, complete with appendages, named the P-Pals. Although the logo was retired in 1999 on TV, the ID appeared on some VHS releases until 2004. 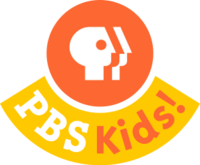 The name "PBS Kids" was conceived in early 1997 as a rebranding effort for PBS as part of its ongoing changes of its profiles. This logo was used for on-air promos, bumpers and idents (animated by FableVision) until 1999, even though some stations still had the PTV branding until 2001.

On September 6, 1999, the same day Dragon Tales premiered, PTV was officially rebranded as PBS Kids, ending the P-Pals' six-year run. PBS Kids' mascots Dash and Dot were also introduced. This logo was designed by Richard McGuire (designer of characters for The New Yorker magazine) and Bob Shea, with network branding being produced by Lee Hunt Associates and some network IDs being animated by Passion Pictures and King Camera. Starting in 2000, new IDs were produced by Primal Screen. 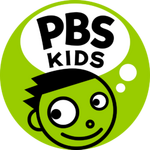 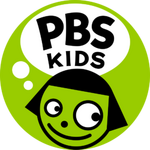 On September 7, 2009, a minor change to the previous logo was made. The word "Kids" moved into the thought bubble, making it bigger, and the face smaller. New IDs were also produced, and its flat animation was changed to cut-out animation. Dot and Dash themselves also officially became green characters (before, the colors of the characters usually matched any color of the backdrop). Until late 2013, this logo was used in tandem with the previous logo (mostly on IDs). On October 6, 2013, around the premiere of Peg + Cat and the closure of PBS Kids Go! as part of a program restructuring strategy, PBS Kids received a major rebrand. With it, the Dot variant of the logo retired while the Dash variant continues to be used, even though Dot remains as one of the PBS Kids mascots, along with new characters Del and Dee, and switched back to flat animation. Despite the Dash variant being current, Dash himself was retired from the main mascots.

Community content is available under CC-BY-SA unless otherwise noted.
Advertisement